This is the documentation of the eBUS adapter v3.1, which can be used to communicate with an eBUS enabled heating, ventilation or solar system.

The documentation of the previous version v3.0 is available here.

You can reserve such an adapter here and it will then be sent in sequence as soon as the next batch is available.

Version 3 of the eBUS adapter fulfils the arbitration times required by the eBUS specification for the first time.

This is made possible by the use of a PIC which, among other things, brings the following advantages:

In order to be able to get all these options on a 5cm x 5cm board, almost only SMD is used: 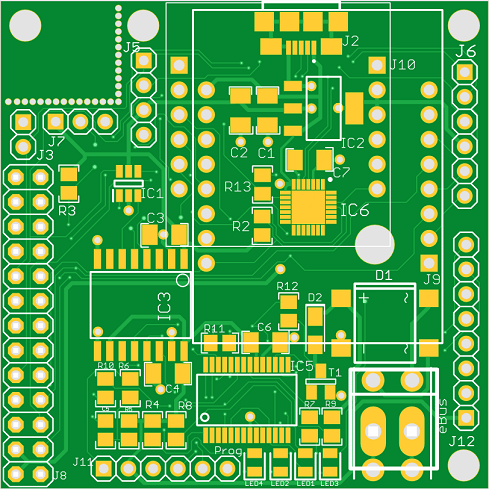 Two of the variants also offer the option of connecting sensors and/or displays.

By using a DC-DC converter and galvanic isolation of the signals the eBUS is completely isolated and only marginal current is drawn from the eBUS without any fluctuation (class 0 according to specification chapter 10.7).

This is an overview of the individual components and their connections:

USB support is built into all variants, as an CP2102 is always assembled directly on the board. This is necessary, to e.g. update the PIC firmware or to adjust the Ethernet configuration.

The desired variant can be configured via jumpers. 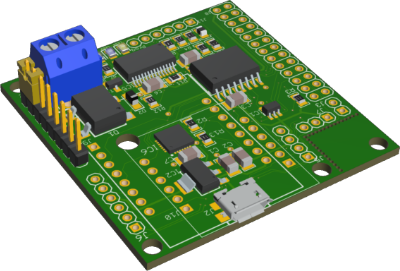 To use the adapter via USB, just connect J2 with your host.

The ebusd device configuration is e.g. -d ens:/dev/ttyUSB0, where ttyUSB0 might be different when several USB serial devices are connected. 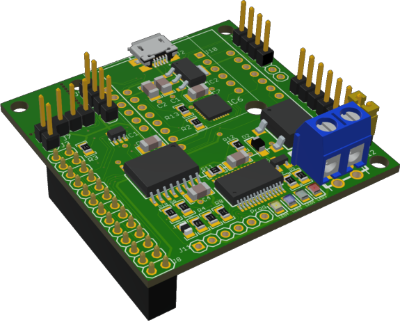 Using an at least 2x9 socket J8, the adapter can be plugged onto the Raspberry Pi directly.

The power is supplied directly via the Raspberry Pi GPIO socket J8.

Details on setting up the Raspberry Pi can be found here. 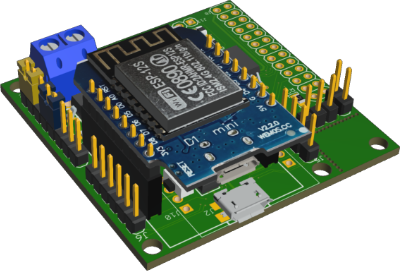 By plugging a LOLIN/Wemos D1 mini with ESP-8266 onto socket J9, the adapter can be used via WIFI.

The power is supplied directly via the USB connector J2 on the adapter. When the Wemos is configured correctly, no serial device appears on this USB connection.

Attention: The Wemos are incredibly delicate with regard to the power supply! A variety of effects come up when the power supply is insufficient, e.g. reboots, or no connection at all, or only poor and unstable connection to the Access Point.

The Wemos has to be flashed with a suitable firmware, e.g. ebusd-esp (starting from version 23.10.2022). ebusd-esp has to be configured to “Adapter 3.1 RX+TX high-speed”. 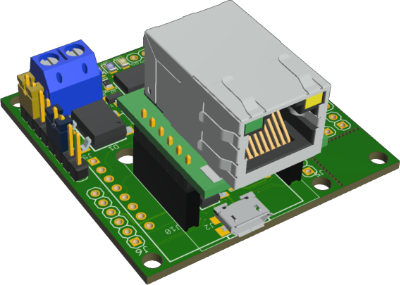 By plugging a USR-ES1 modul with W5500 onto socket J10, the adapter can be used via LAN.

The PIC firmware sets the MAC address of the adapter in the LAN to AE:B0:53:XX:XX:XX, where the XX depend on the ID of the PIC (AEB053 stands for “Adapter eBUS 3”).

In the variants with Wemos and Raspberry Pi, additional pin headers are available for connecting further components.

* To the points in brackets: 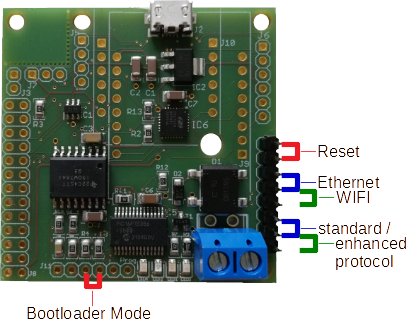 This connector holds pins of the PIC and their assignment and usage depends on the PIC firmware, see PIC Firmware.

Important note: The pins on J12 must never be connected to any pin on the other jumpers/pin headers/sockets as separate power sources are used here. Any connection endangers the adapter and devices on the eBUS!

The PIC programming connector J11 allows updating the Firmware of the PIC including the bootloader with an appropriate programming device. This should only be necessary in rare cases, as the PIC was programmed before delivery and can be updated with newer firmware via the embedded bootloader. For more details, see PIC Firmware.

The adapter has 4 LEDs with the following assignment:

The PIC is only supplied with power and can work at all when the yellow LED lights up. The green and red LEDs light up on the corresponding eBUS traffic and the green one lights up permanently if the eBUS line is not yet connected or the voltage level on the eBUS line is too low. The blue LED is controlled by the PIC firmware, which is described here.

Here are some links that contribute to the topic or contain basic information: